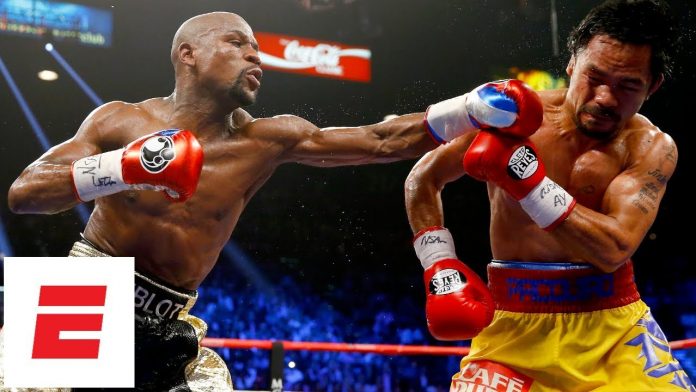 Are you ready for part two?

Manny Pacquiao faced off against Adrien Broner on Saturday night (Jan. 20) where he fought to a fairly easy win (despite what Broner says).

Now the big question is whether Floyd Mayweather JR. will come out of retirement to face Pacquiao in a rematch of the largely disappointing fight in 2015.

When asked, Mayweather did not give any hints on whether he is looking to officially get back in the ring – only staring at the camera. His last official fight came on August 26, 2017 when he faced off against then UFC Lightweight Champion Conor McGregor in a boxing match.

This weekend, Pacquiao ran into Mayweather during a Los Angeles Lakers game, which resulted in an awkward exchange of each other’s fist/hand, with no words exchanged.

The question now is, will you pay to see a part two?

Rush Hour 4 On The Way! Chris Tucker Gives An Update

Diddy Believes Its Time To Own A Football Team: “It’s Time”

Yessssss! Michael B. Jordan May Have Been Confirmed for ‘Black Panther 2’